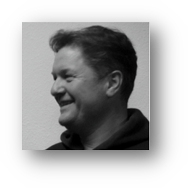 When I was about nine years old, I saw the film ‘Yellow Submarine’ on television. The music in that film appealed to me immediately. Every birthday that followed I asked for (and received) Beatles records.

When I was twelve I started to play the guitar in a guitar club. It was a nice thing to do: play music near the fire and sing along with it. But I was eager to learn to play solos, and to learn more about musical theory. Therefore I went to a school of music when I was sixteen. Here my first band was formed, but it didn’t exist very long, because most of the members went to college in other cities.

The singer of this band called me some years later and asked me to play with her in a Top-100 band. I agreed and from 1995 to 2009 I have been a member. But I kept being drawn to the music of The Beatles. I happened to search the Internet at the right time, when BeApple was being formed, and the position of the guitarist was still vacant. In this band I started to sing, a challenge which increased my pleasure in playing Beatle music.