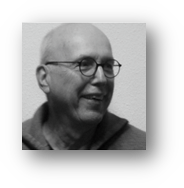 Musical biography:
I have been playing the drums all my life. For my 4th birthday I got a tin drum and I was a goner. The elementary skills I learned in a drum band and soon after that I signed in for lessons from a drummer of The Residence Orchestra. I have played in several bands since I was 13. In the first one I played music of The Shadows. Brian Bennett, their drummer, influenced my style. He is a jazz drummer, playing pop music, and this appealed to me a great deal. I was very interested in jazz as well in those days. Jazz drummer Jo Morello inspired me enormously. Especially his drumming techniques, but also the way of improvising melodically on drums. And then The Beatles emerged! I played a lot of their songs in those days. When I play them again, now, in BeApple, it often feels like a flashback to the sixties. A fantastic feeling, it never bores me!
I switched from pop music to jazz, by chance. I played almost all styles in this genre, and in all kind of settings. In trios, quartets, Dixieland bands, big bands etc. Improvising is something I love. At the moment I take part, beside BeApple, in a wonderful Big Band called Backyard Bigband, in Best (NL).
But playing in BeApple is something special. Ringo is very much underestimated as a drummer. He created a lot of inventive drum parts which I love to play. Furthermore he keeps a firm grip on his rhythms, which seems to be much simpler than it really is. Next to drumming I sing in BeApple. That really is a discovery for me. Very challenging as well, combining it with playing the drums. It is very cool to sing in parts with the others in the band.